Bear with me on the cryptic title, I hope it will all tie together at the end!

During a graduate assessment day last week, one of the attendees delivered a presentation on the increasing importance of historical narratives in assisting with today’s economic, social and political decision making.  Simply put, she urged the use of lessons of the past to avoid mistakes in the future.

This presentation coincided with the Office of National Statistics releasing their January 24th report which (amongst its numerous findings) was confirmation that the employment rate is at its (joint) highest point since records began in 1971.  Put another way, there are now fewer “economically active” candidates in the employment market than there have been for at least 47 years. In recruitment vernacular, this is what we mean by a true candidate-led market.

The report follows up by suggesting there are a greater % of suitable roles per active candidate, therefore, they have more choice.  When candidates have more choice, they typically think aspirationally about their next career move.  Few will move for job that lacks development opportunities.

Paradoxically, this is where the recruitment disconnect occurs. This is where, in the words of the late great Yogi Berra, “it’s like déjà vu all over again”.   So why the déjà vu?  Well, we noticed this challenge a year or two back, but it seems to be particularly acute at the moment 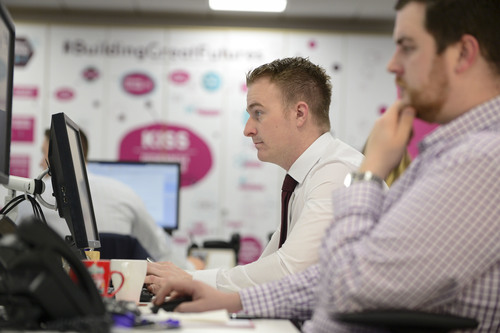 As I look at our open vacancies lists (I refer only to permanent roles here), it comes as no coincidence that the roles remaining vacant the longest are those where clients seek candidates who’ve done every aspect of the role before.  This has been a recurring challenge of late. On closer inspection, the percentage of roles vacant for over 6 weeks has increased in the last 6 months from 14% to 27%. This must surely be impacting the productivity of the organisations unable (or unwilling) to deviate from their requirement to secure the perfect candidate?

We are most commonly told that the missing requirement for a perfect candidate is often due to a lack of training in specific areas.  This is nothing new.  Since the credit crunch, it has been widely documented that employees typically do more than they ever have before.  Being strapped for time means the idea of adding new starter training to someone’s remit can often be unpalatable at best, impossible a worst.

The reality when recruiting for a “perfect candidate” is that these candidates rarely view the opportunity as the “perfect job”.  Why would they when they have been there and done that?  Where’s the excitement gained from learning something new?  Where’s the elation and (possible) reward from succeeding in an area you’ve never succeeded in before?  This is the challenge.  Hiring manager (X) wants candidate (Y).  Y does not want what X is offering.  X’s requirement gets increasingly urgent (and ironically more rigid) as time ticks by.  X gets annoyed at not being able to hire.  Y gets annoyed that no-one wants to invest in them.

So what advice do I have for hiring managers trying (and failing) to get the perfect candidate?  Start by identifying requirements that can flex.  Maybe augment your interview process to assess why people want the job as well as what they have done previously, and weight the results accordingly.  I’m sure those of you more qualified than me in workplace psychology would also note that people with a compelling reason to work, often outperform those that lack this motivation.  Interestingly, data analysis for our soon-to-be-released Market Insights has shown 81% of candidates we’ve placed in roles where they learnt new skills stayed longer in comparison to those candidates moving into a like-for-like role.  81%.  A thought-provoking statistic if you’ve faced challenges with retention.  Maybe it’s not a retention challenge at all, perhaps it’s a recruitment challenge?

Incidentally, (soft sell alert!), Macildowie offer all our customers a free psychometric profiling tool to assist them in exploring the softer skill sets of candidates they are considering.  When used in conjunction with competency and motivational based interviewing, the Mindmill data can translate into a powerful “reason to hire” for hiring managers, and a powerful “reason to commit” for candidates.

We are currently in the most candidate-led market since 1971, I cannot stress enough my belief that hiring managers should be wise now, more than ever. They should be flexible on their requirements and choose candidates who really want the job, over those candidates that just tick the skills boxes. The chances are, if you make your decision based purely on skills, you’ll be hiring for the role again in the very near future.  Not good déjà vu.   Additionally, I would advise hiring managers to move efficiently through the recruitment process and sell themselves to any candidates they identify as future high performers.  This includes simple things like getting the offer right first time.  If candidates have a choice of jobs – they will gravitate towards the people that made them feel like a future high performer…

Whilst I appreciate none of this is new to the body of recruitment philosophies, I hope these observations create a historical narrative that helps create solutions for anyone struggling to hire the right candidate.  Don’t forget - look for the “why”!

If you'd like any help finding your perfect candidate to fill your role, or would like any advice on the hiring process feel free to contact me, Richard Haaker today on richardh@macildowie.com