I had never heard of algorithmic bias until very recently, so I hope this short ‘eye-opener’ helps you drive positive outcomes through an appreciation of the new bias in town.

Back when I started my recruitment career (clue: Robbie Williams was at #1 spot in the UK charts with “Rock DJ”) I remember being introduced to the concept of conscious bias.   I remember the training forcing me to learn a lot about myself and how my biases might unduly influence a recruitment process. It was cathartic to reflect on (and commence mitigating) that bias by, for example, setting skills and experience as primary filters when vetting people and trying to maintain active neutrality in my decision making.  I gained personal insights from those early days that I will always feel the benefit from, inside and outside of work.

Having mollified my conscious bias, my mind was then blown by L&D sessions on unconscious bias.  We were hosted by a trainer who had just become a qualified practitioner in non-verbal and neuro-linguistic programming (NLP).   I found those sessions fascinating.  Once I started to assimilate NLP into my cognitive toolkit, it revolutionised my life. 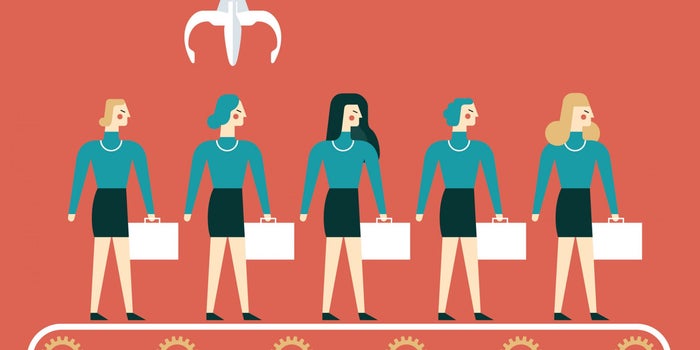 At this point I’d love to insert an anecdote about me winning big in poker games by being able to read people like a book, alas, games of chance remain unkind to me - probably because my mental arithmetic isn’t up to the task.  Instead, the revolution manifested itself (in my recruitment game) by giving me an increased ability to greater understand decisions I was making about people (and them about me) for reasons previously unnoticed by me.  The simplest example being the myriad of bodily clues that people (including me) give in interactions over the phone and face to face which help you understand if they believe in what they are telling you.  Deals, trust and credibility can all be won or lost based on the performance of non-verbals.  Powerful stuff when you, for instance, have important decisions to make on which people you think want, and are capable of doing a job without risk mentally, physically, commercially or professionally to themselves or your client.  For nearly 20 years I have always tried to eliminate conscious and subconscious bias to ensure the right person gets the job.

So just when I thought I’d mastered the art bias mitigation, it now turns out the internet has been at it on my behalf! For years….

By way of admission, you don’t know what you don’t know, and until last week, I had never heard of algorithmic bias.  Turns out it’s a thing.  A really big thing.  Just check out Wikipedia.  Now we’ve established I am not a subject matter expert, in layman’s terms algorithmic bias occurs when algorithms (human-coded or machine-learned) are used on human subjects.

Firstly, many algorithms have been developed in private businesses where source coding has been seeded with biases of the individuals who created the code.  When that code is then applied to human subjects it can then produce biased results if there is bias in the code.  Secondly, if the person or people analysing this data aren’t aware of this bias and/or filter the data through their own biases that produces a double or even triple bias whammy.  If decisions may be compromised by multiple levels of algorithmic and/or human bias, it probably hasn’t even registered with the people in the decision making process.   That’s not to say such decisions may be right or wrong, but they may have flaws.  They may unwittingly reinforce stereotypes or social challenges such as the gender pay gap or gender/racial classification.

So how might algorithmic bias affect you when you are hiring?  When it comes to inputs like coding, content or the search strings you punch into the internet via whatever software you use, obvious examples include who reads and applies to your jobs, how you find and engage with prospects on LinkedIn/job boards, which customers you are visible to online or how effective data on the first few pages of a google search is.  What you type into your software (vocabulary, word ordering, keywords etc) all impacts how algorithms perform on your behalf.   This is exacerbated when you consider that many algorithms driving your outputs are machine learned – i.e. they are tailoring themselves to your specific inputs and idiosyncrasies.  Consequently, if you don’t vary your inputs, you are less likely to drive different outcomes.  This in turn may make you less agile in comparison to algorithm-savvy competitors.

Benefits of improving your algorithmic appreciation may include an ability to access a deeper pool of active and/or passive candidates.  It may help you shine a more powerful flashlight onto your prospective candidate or client data via different Boolean techniques on job platforms.  Maybe you get SEO optimisation that you’ve only ever dreamt of.  Maybe you will stop (or start) using filter questions on adverts? Maybe you will check whether your recruitment software has embedded predictive tools which fog your audience without you knowing it?  Maybe you will become far more visible to the audience you the crave attention of.   These benefits of appreciating how you affect the performance of algorithms certainly gives pause for thought.   Developing algorithmic cognisance will influence your success.

If you’d like to learn more, this article is a great place to start: https://hbr.org/2019/05/all-the-ways-hiring-algorithms-can-introduce-bias.   I’d highly recommend reading highly engaging articles on LinkedIn by the likes of Joy Buolamwini (Founder – Algorithmic Justice League) and Barbara Hyman (CEO at PredictiveHire).   For a more general (and highly engaging) read about algorithms, consider reading “Homo Deus”, a book by Yuval Noah Harari.  There are significant sections on the rise of the algorithm and how they control almost every facet of our lives.

Thanks for taking the time to read this - assuming the algorithms have permitted you to ;-)